Mauritius, a strong and diversified economy

Mauritius has a vibrant economy with an impressive track record of sustained growth.

With its technology-oriented approach, the country extends its leading position in Africa.

Economic growth: No recession in 37 years

Mauritius belongs to the very few countries in the world that have experienced uninterrupted annual economic growth for more than three decades. Since 1981, there was no recession in Mauritius.

Between the 1980s and 2000, Mauritius experienced robust economic growth which propelled the country to the rank of upper middle-income status. At the same time, Mauritius achieved full employment and wages rose relative to other countries. This led to a shift from a labour intensive to a capital intensive growth model. Compared to peer countries, over the past 15 years, Mauritius’ growth rate was relatively stable and had the smallest fall in growth during the 2009 global financial crisis, maintaining a positive growth rate over this period. For the coming years until 2022, the World Economic Forum expects growth rates between 4.0 and 4.5%.

Mauritius is an upper middle-income country with activities evenly distributed over many sectors, making the national economy robust and resilient against potential external shocks.
Other aggregations: 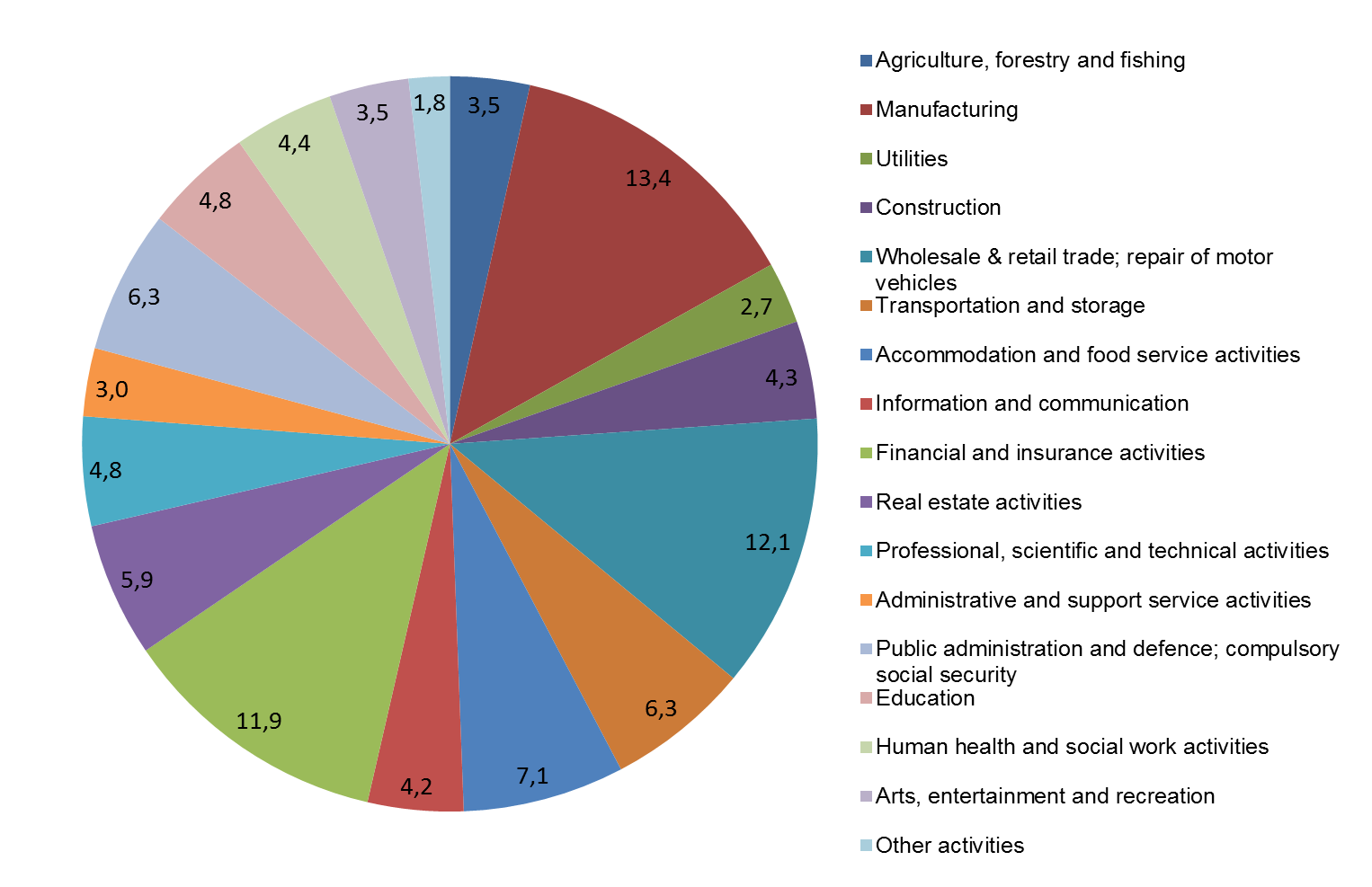 The Financial Services sector is the future

Financial and insurance activities show the strongest growth in 2018, followed by ICT, tourism and trade. 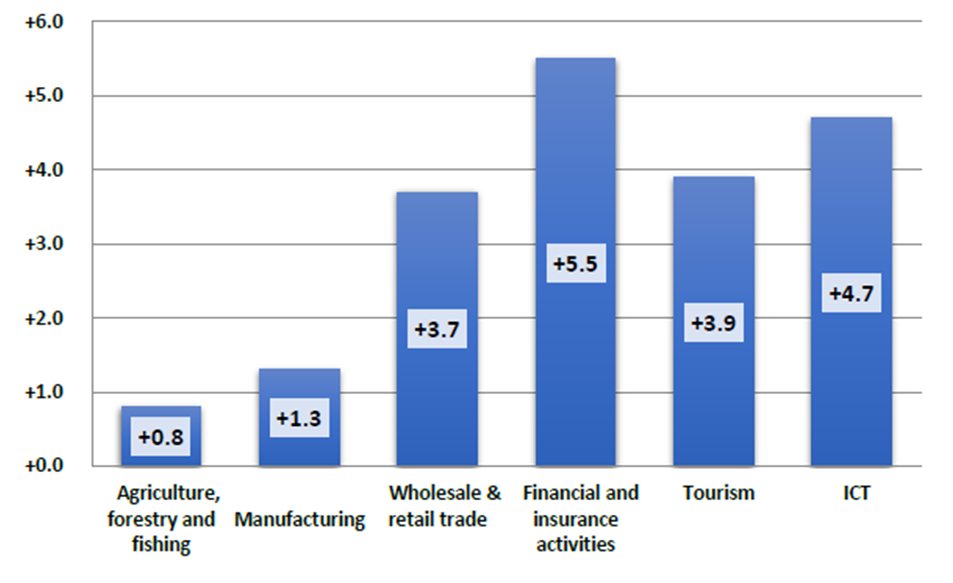 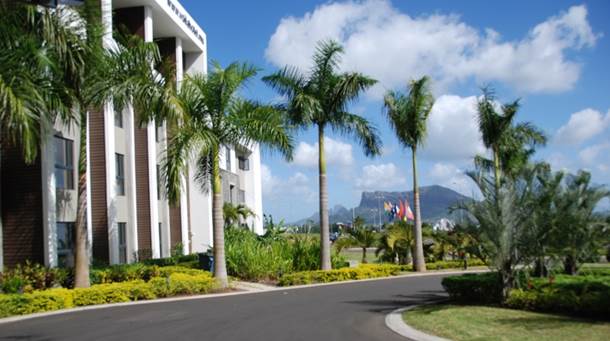 Key figures show evidence that Mauritius is in a financially healthy situation: