Mauritius belongs to the Top 13 countries in the world in terms of Ease of Doing Business. In most other rankings, it is #1 in Africa, too.

Mauritius is ranking #1 in Africa

The rapid and balanced development of infrastructure and services over the last decade in Mauritius and a growing reputation as an international business center combined with a sound legal framework and fiscal policies and the regulatory and local infrastructure of a developed market have created a fertile environment for asset holding companies, investment structures and SPVs.

Economic freedom is a crucial component of liberty. It empowers people to work, produce, consume, own, trade, and invest according to their personal choices.

Mauritius continues to be a regional leader in economic freedom, according to the 2019 Index of Economic Freedom provided by The Heritage Foundation in partnership with the Wall Street Journal.

Mauritius is quite unique in the world of today, because the religions of Hinduism (48.5% of the population, according to the 2011 census), Christianity (32.7%), Islam (17.3%) and Buddhism (0.4%) coexist peacefully in a densely populated country. 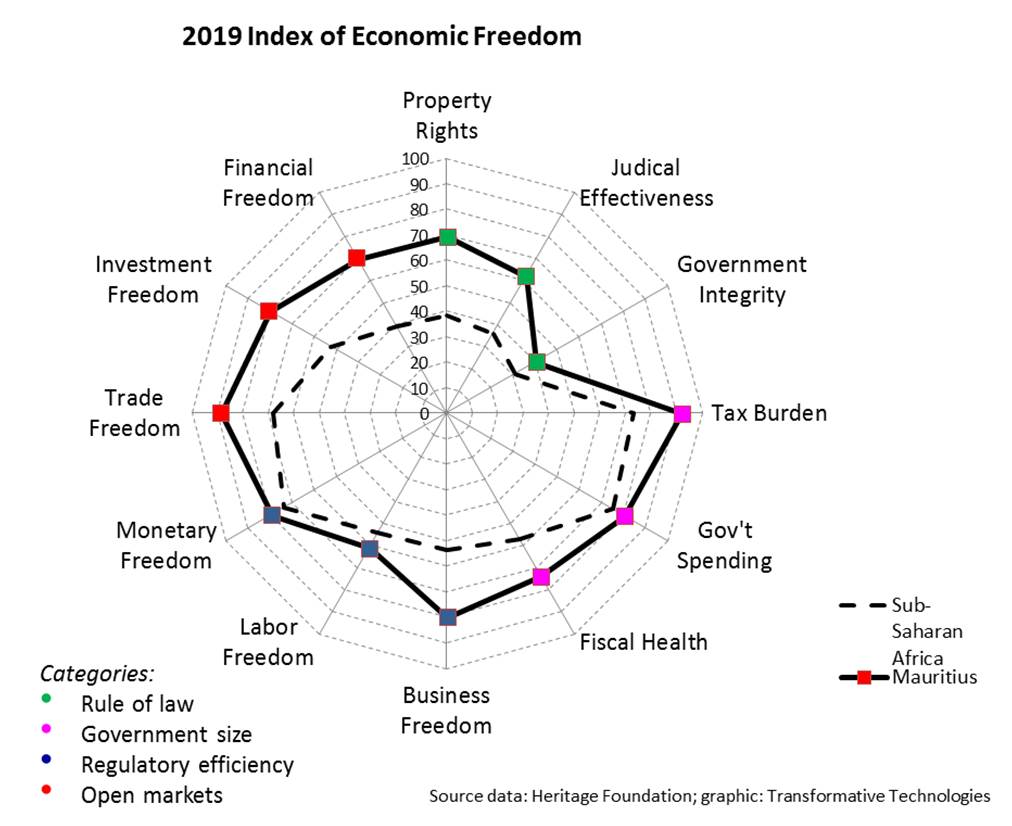